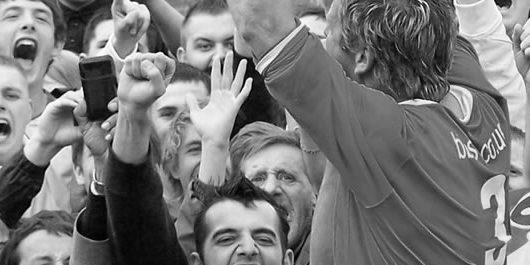 Head to Newtongrange on Tuesday evening with a 7.30pm kick off.  The later kick off will help as the travelling players will need it to make the kick off with no guarantees what Max Christie will have at his disposal come kick off.

Newtongrange will be the place that made the BU committee wake up to the task of entering the EOSFL.  When arriving at the venue last year found out an emergency meeting was in full swing to decide if they would apply to the EOSFL.  United hastily arranged an emergency meeting for the following week and vote on a decision they had already sat on their hands to change the history of Bo’ness United.  An emergency meeting has to have a two week notification but to do this would bypass the cut off time for applications to join.

Anyway, back to the match.  Bo’ness have won every match since Christie with his previous side Tranent blasted the BU 5-0 in the league have now gone on an 8 match winning streak scoring 37 and conceded 4.

The Star play in Conference “A” and look like heading to next seasons new EOSFL Premier League.  Sitting 4th at the moment behind Penicuik, Hill of Beath & Musselburgh. Having played 10 home games winning 6, drawn 3 and just the 1 loss. scoring 38 and conceding 13.

During the League Cup in the Qualifying section they defeated Craigroyston 6-0, Dundonald 4-1, finally drawing with Broxburn 2-2.

Hopefully after Tuesday night we will be in the second round of the League Cup and the chance of some silverware.