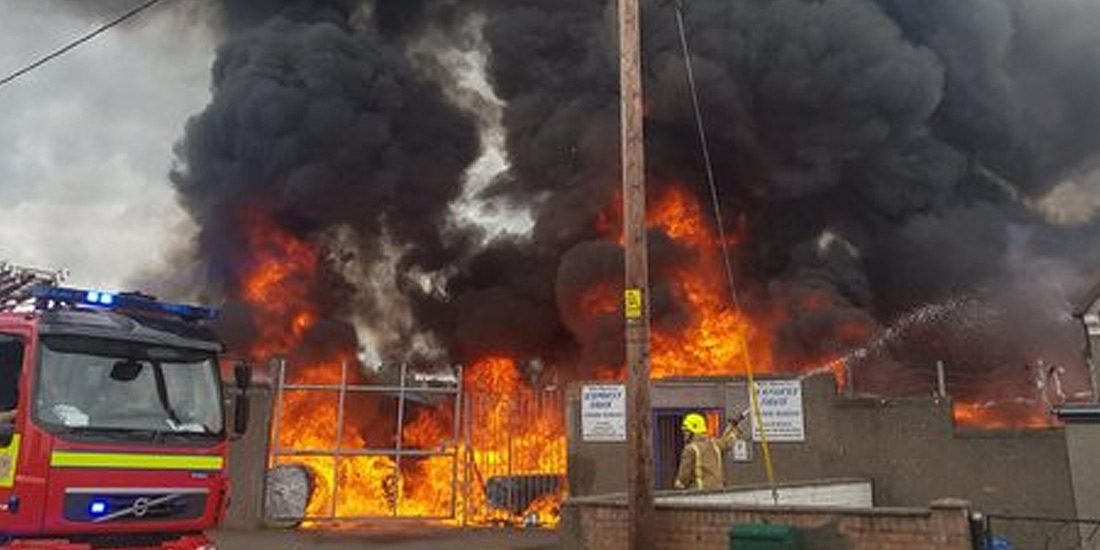 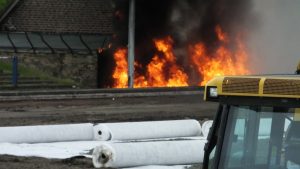 UNISON KINNEIL BAND HALL suffered a major loss when their hall went up in flames when artificial turf and underlay for the new astro surface was set on fire around 13.30pm and was visible from Fife and the Glasgow to Edinburgh Train. The hall was situated at the north east side of Newtown Park and not near any area where United had storage facilities and changing rooms.

Thankfully no one was injured or loss of life. As the loss of the band hall, instruments, uniforms & music which cannot be replaced along with many prizes and awards won over the years.

It was mentioned that two teenage boys had been charged with setting the fire but I can’t recall anything after that.

We heard the hall was due to start a rebuilt but with the Covid virus regulations this will probably be held back.