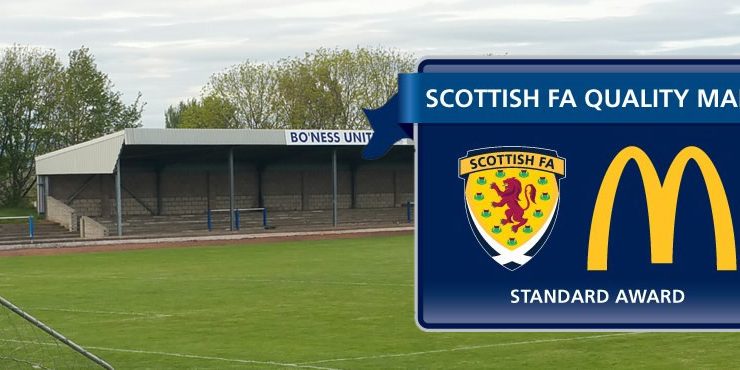 Bo’ness United have gained the SFA Quality Mark Standard Award in our first step to turn Newtown Park in to the club and arena the community strives for.  As the youth of today can start to work under the same banner as Bo’ness United and within the Newtown Park Association.

The long awaited move seemed to have stalled due to parties dragging their heels and not being committed enough to the change. But with new vice chairman Derek Crossan now on board, the club itself could be about to get a shake under the young pretender who is good at organising and a team builder. If only they had more like him to move this great club into the millennium now the park belongs to the people of Bo’ness and no more stalling as the stadium needs a complete overhaul which could start in certain areas before the astro turf gets added then will come the lights.

But this is hindsight and Derek has laid the first rung in the ladder. Well done.