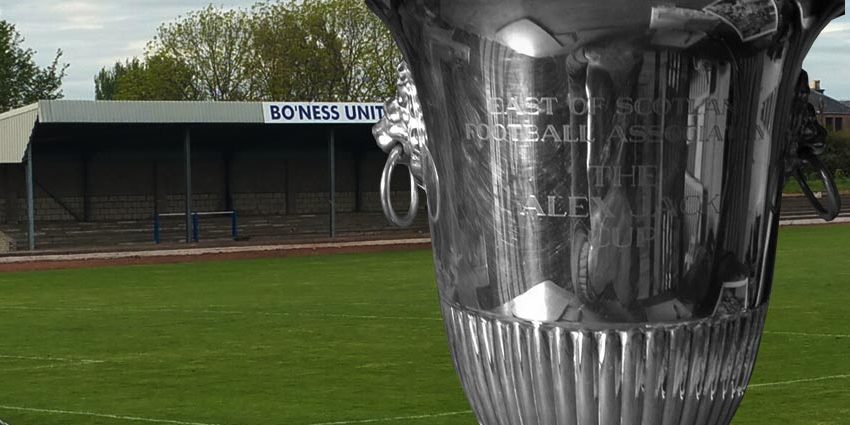 Chairman Iain Muirhead has made a statement this morning after last night’s committee meeting apologising for the player not being approved on time.  Also he said Secretary Douglas Argent has resigned his post but still remains on the board.

Here is the statement from Club Chairman 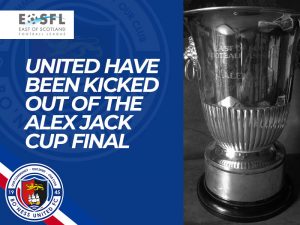 As you will all be aware in the much publicised admin error leading up to the Alex Jack Cup Semi Final against Haddington Athletic on the 20th October, Bo’ness United have been excluded from the remainder of the competition following a meeting of the East of Scotland League Office Bearers last Thursday evening.

As a result of this exclusion we would like to offer firstly an apology to our supporters who support the team home and away on a weekly basis, and secondly an apology to the management and players for all their efforts to reach the final only for an error for that to be taken away.

The player in question that was ineligible to play was signed late on Friday afternoon, by myself and a huge effort was made to get the paperwork scanned through to Hampden in the hope of getting registered for the Saturday.

At this time the suspension list was checked as it usually is every week prior to a game but with the player not being listed as a Bo’ness United player at the time of the suspension it was missed and was a genuine error on behalf of the club secretary Douglas Argent and myself.

This was a genuine error that was made by the Secretary of the Club which he apologies immensely for. As a result Douglas has decided the time is right to resign his post as Club Secretary. Chris Veitch the Assistant Secretary will now take over this position with immediate effect.