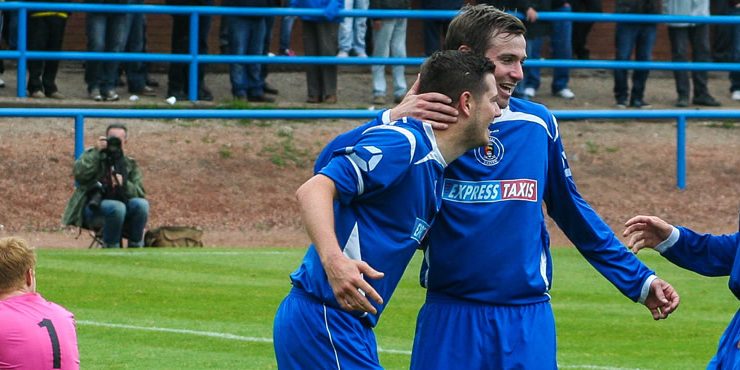 Saying goodbye hasn’t been easy as Bo’ness United has been such a massive part of my life for the past 8 years and I know I’m going to miss it. Since joining the club in 2008, it’s been an amazing journey with some glorious highs and crushing lows but throughout these times the support from the Bo’ness faithful has been unquestionable.

I’ve been fortunate enough to play alongside some fantastic players, some of whom I call friends before teammates.  I can’t thank the club, the players and supporters enough for some fantastic memories, both on and off the park.

A special mention to all the youngsters I’ve had the pleasure of getting to know.  They are the future of Bo’ness United and with the likes of the Community Club and NPA (Newtown Park Association) behind the scenes, I’m sure I’ll be seeing these kids turn out for the first team soon.

I look forward to coming back to Newtown Park as a supporter to roar the team on to further success in the future.

Fan favourite Nicky Walker has decided to call it a day and hang up his boots. “You can’t go on forever”

Nicky arrived at Newtown from Spartans in 2009 and has made 268 appearances for Bo’ness scoring 63 goals in the process. He will be missed by the fans who loved that sharp break tormenting defences up the wing.

Today will be a sad day as the BU faithful say goodbye but hopefully it will be on a cheerful note with a win against Bellshill.

His sponsor wee Keano is going to miss the presence of his idol but hopefully he will still continue in the coaching front with the juveniles and especially the Bo’ness United Community Football Club.

Whichever route you decide to go Nicky may we wish you the very best in the future.