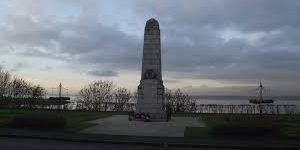 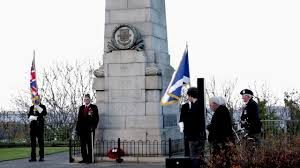 Our efforts have been rewarded with this invitation. Unfortunately, it is not for the three of us but fortunately, for me, I am the lucky one.

***
Recognising the huge contribution the Heritage Lottery Fund (HLF) and its First World War projects have made to the Centenary, the Department for Digital, Media and Sport invited HLF to nominate people to attend The National Service of Thanksgiving at Westminster Abbey on 11 November 2018.

Members of the Royal family, and religious and political leaders will be joined by members of the public who have contributed to the Centenary on a national, regional and local level.

Over 300 people who have been involved with HLF funded First World War projects across the UK will be attending the service. 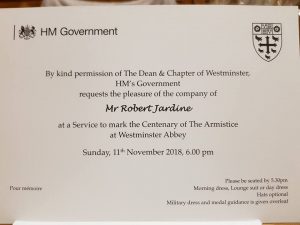