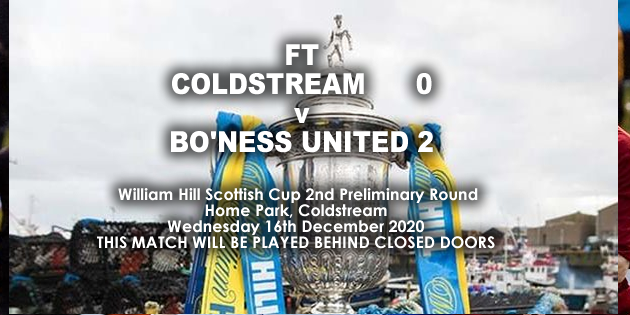 A rather windy night and the BU facing into the wind came under the cosh straightaway with the home side almost scoring in the opening minutes. Midway through the half Kieran Anderson was the first show a threat on goal and a shot that went over the bar. Another blast from the visitors and for the pressure on goal nothing was to become of it.

After half an hour the BU thought they took the lead but the flag was up for Nicky Locke who was adjusted to be offside. Third time lucky for Locke and this time he made it count latching on to a Ryan Stevenson cross.

Opening up with the strong wind behind them Bo’ness should have easily had this game sewn up early in the second period. Chance after chance went begging on another day the goals could have been racked up.

Finally with ten minutes remaining Stevenson stepped up to the penalty spot after Anderson went down in the box while on a tricky run.  No mistake and finally space in the score which was enough to carry the BU to an away Boxing Day 1st round classic against our Lowland League side Bonnyrigg Rose.