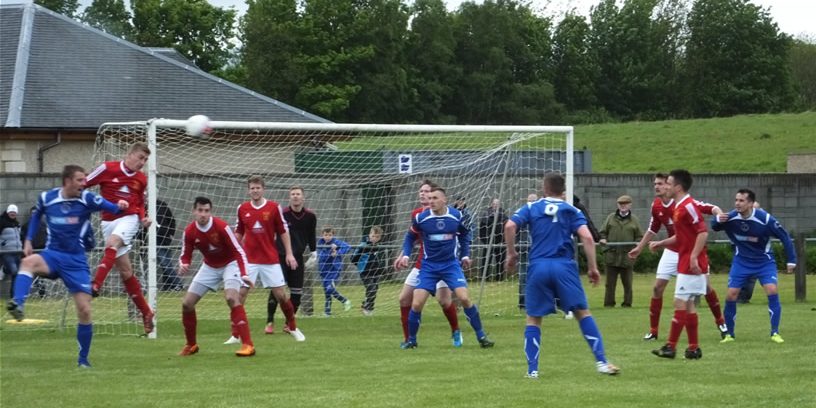 Bo’ness headed to Fife and with a massive hangover from last Saturday.  The loss to Blackburn last week was a shock to the system for the BU Faithful.  So damp dreich day at the home of Hill of Beath is one of the parks I don’t heading to.

As the BU were upfield and the home keeper did well to save from Donnelly and the clearance saw the Haws break upfield with the visitors trying to get back as the Haws took the lead from nothing other than having men in the box who can’t keep up to get back to defend.

United regrouped and again started taking control again and was it to be like last week that one goal and heavy defending but strangely the Haws would hit the BU on the break. Stuart Hunter then was unlucky and with Will Snowdon who has barely played this season was back in and almost scored as the keeper then the crossbar and you could see the stern grey faces as the ball came down off the bar the ball came down that fast no one could say if it went in or not.  Both sides were heading for the ref as the BU wanted the goal but it was waved away.

The BU’s were coming back into the match with some neat play. Some hard play was coming in and the ref clamped that down straight away. and it was the whistle in the long run that saved somebody.

The second half was upon us and Bo’ness started the better.side and Max Christie decide to remove Iain Nimmo and replace him with Mark McKenzie.  Hunter who causes havoc in the opposing box again.  No help required as Hunter got in again and for the second time, the ball came off the bar and down on to the line.

The Haws were rattled by this goal and the BU had the chest out as the tried for another as the lay siege at the other end and with five minutes to go. Ryan Stevenson sent in a great ball and Mark McKenzie back on the Fife side earned three-point as he tucked. it away for the second.

Only minutes left Bo’ness tried to shut up shop. The old heads on Snowdon, Gemmell and Donnelly managed along with the rest of the squad to see this match out.

Nimmo was removed while on a yellow and Mark McKenzie on.