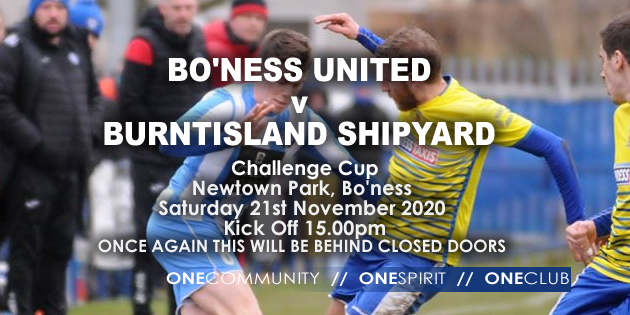 Another driecht day for football, cold and damp but with the media feed today on the internet then the fair submarine was down the town where the Fair Queen turned on the Christmas lights at a rather quiet town centre as it couldn’t be advertised as an event.

Back to the footy and first half was a lively affair with the Fifers not shy to attack the home goal.  Both sides had chances but nothing coming anywhere near getting the opening goal.

Adamson making a rare appearance in the BU goal an excellent save and from the resulting corner Burntisland had a great opportunity to open the scoring and Adamson saved the home side again this time from the penalty spot.

When the kettle was on for the half time brew it was Brian Ritchie who was on target to score the opener.

Almost ten minutes had gone by a substitution made and Will Snowdon replaced Bryan Wharton. The BU had a corner and from the quick reacting away keeper a breakout and the BU were punished at the other end with an equaliser many would say the visitors deserved (1-1).

Bo’ness would start to control the field.  Michael Gemmell who had been on just a few minutes after replacing Tom Grant had the keeper keep on his toes.
On the half hour Bo’ness were to regain the lead when Ritchie with the second latched on to a Kyle Bell ball and fired it high into the net. (2-1).

Our Fife visitors were back on the charge in search of the equaliser and a winning header scorched the BU bar. The Seasiders just wouldn’t give up and after another half chance. Bo’ness were up the other end and it was the hat-trick man Ritchie again on the end of it. (3-1). This sounded the final breath from the visitors as they conceded a fourth when Bell finally got his goal to finish (4-1).