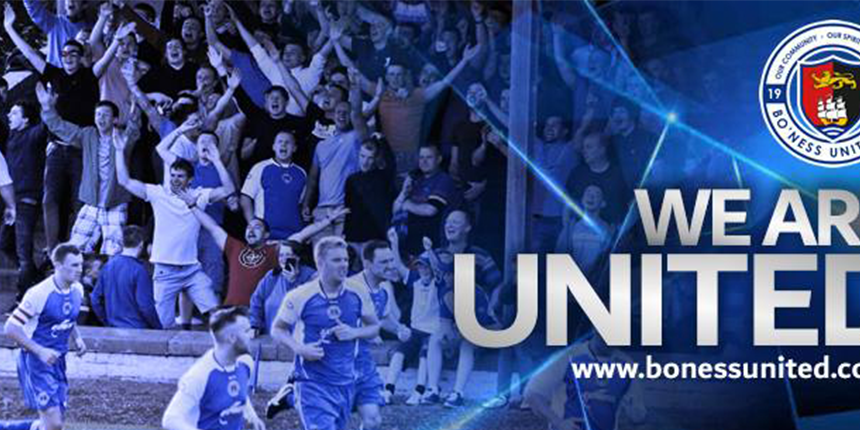 United were aware of what was coming from Midlothian and pace setters in the league. On the home front suspensions, injuries and on holiday were to take toll..

With so much casualties Stevie Kerrigan had a last minute deal signing defender Michael McMullan from Pollok while Josh Watt headed west in the exchange.  Fans around the area asking why a defender and not the forward needed.  As the whistle blew for the kick off Watt was bagging his first goal for Pollok. Also appearing was Aldin El-Zubaidi, Devon Jacobs looked like another week off would have helped the return. Plus midfield brothers Andy Shirra *Assistant” and Jamie making a guest appearance from last season

This would have been a good match on paper for a fully fit BU squad but untried set up against the Rose was always going to read not much up front but what was the scoring and more how much can we save in defence.

It took only ten minutes for Kieran McGachie to bullet the visitors in front and set up a winning match for the league leaders. Only fifteen minutes later and it was two as again it was McGachie on target again after quick forward running skipped by the home makeshift defence.
Bo’ness were handed a life line and a penalty which was well planted by Andy Shirra.

The second half was more like the first with the BU keeper having the more work rate in the side has he prevented Bonnyrigg stretching the lead. But this would only go sour as the home side were regaining some confidence only to see that shattered as the visitors bagged the third and now the writing was on the wall.
It didn’t take long for McGachie to net his hattrick and after this the visitors looked to have secured all three points.
BU heads had already showing the strain on the make shift squad but don’t take it to heart, we still have a long season to go and so getting everyone match fit and we will be able to see the riches which will hopefully promote them to the new premier league next season
The next two weeks  are adventures new to both players and support. Tynecastle and Eyemouth United ( this match could be void as Eyemouth have failed to put a team on the park.
This should have been the Alex Jack Cup Final and as we all know a horrendous administration blunder had the BU eliminated.  The last time an admin error like this had Bo’ness evicted from the Scottish Junior Cup Semi Final after seeing off West favs Neilston in the quarter final