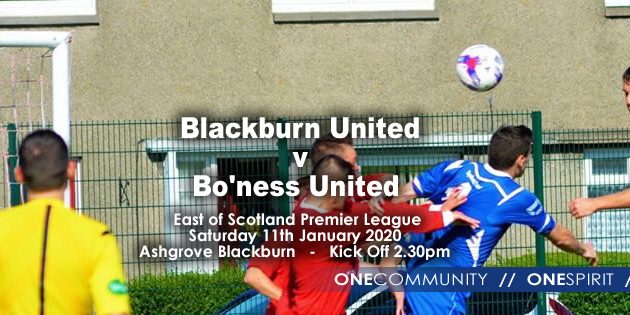 Looking for a calamity match with the driving rain and near gale-force winds.  To our surprise, the wind dropped but the rain continued as we got underway

The match started with both side-eyeing each other up and the first real chance came when a BU corner thundered off the bar leaving Stuart Hunter wondering how he never scored.

Bo’ness were starting to get a grip of the midfield which in turn makes the forwards more active. Brian Ritchie was showing his senior experience against the home defence.  At the same time, the BU were aware of what happened at Newtown the first time around and were determined to keep the sheet clean this time.

The opening came when Craig Comrie scored a perfect goal with a well-drilled shot from a good distance to give the BU a lead.

It was the turn of Brian Morgan to frustrate the homeside with some nice work then as the referee was clock watching he set up Stuart Hunter to fire home and the debate of was it goal bound before coming off the defender and a Hunter goal or own goal? who cares as the BU open up a two nil lead as the ref blew for half time.

The second half started as the first had finished with the BU putting the foot on the accelerate attacking and again Morgan was causing havoc.  Great midfield work from Devon Jacobs & Ross Campbell set up Brian Ritchie but his goal-bound effort was saved to parry it away for a corner.

As Bo’ness started to take the home side to pieces and this time Ryan Stevenson and made it three as they didn’t take time off this half and this was a different side to the second half last week.

The first change came as new signing Kieran Anderson made his first appearance after nearly five years away from Newtown as Devon Jacobs made way for the return after the first move to Broxburn then Camelon and Stenhousemuir.

Bo’ness soon were to make it four as Ritchie finally managed to get in on the act after coming close on earlier occasions.

A good all-round performance from the BU as Max Christie charges 13 points clear with all other Premier League matches off due to the weather.  Enjoy the rest of the weekend as the beginning of the week the preparation for the next game against Whitehill Welfare in the league in two weeks time.

At the moment we don’t know if a friendly will be arranged for the 18th of January.