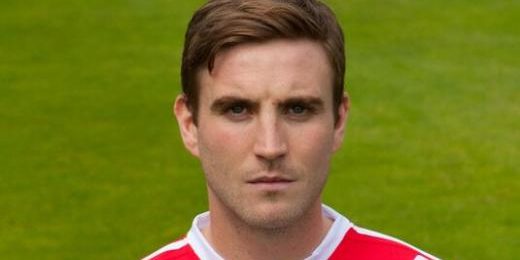 MAX CHRISTIE has moved to start filling the gaps which will be created with the departure of Will Snowdon and Ross Campbell who have decided to call time on their footballing career. Brian Ritchie has also moved back to play in the Fifeside Crossgates.

Former team member John Millar returns in a coaching capacity to replace Ian Black who has left the Club for more family time.

The first arrival will be Darren McCormack, the former Hibs defender who has served up a four-year ban after he tested positive for the anabolic steroid, methandienone.  He comes with a good pedigree and Christie has known him for most of his life and the experience should show once he’s up to speed.

The last time the BU gave a player or players a second chance after a suspension for drug offences the BU were unstoppable when we remember the arrival of George O’Boyle & Kevin Thomas. Almost having their name on the Scottish Junior Cup were thrown out at the semi-final stage for misplaced registration documents. This came to light after winning at Shotts in the 5th round. Although playing against Neilston in the quarter-final it was the end of the road for the BU as a semi-final date with our friends Auchinleck Talbot who were awarded a walkover.  So if we could emulate that kind of season the fans will be more than happy.

2021-22 season is due to start on 17th July and Max will be hoping to improve on our league position when time was called early on the 20-21 season.

There will be plenty to play for again this season and in the Lowland League, it is not all about wanting a plum tie in the Scottish Cup and earn a good payday. We will have many matchdays when we will have to believe it is a Scottish tie and only look at one match at a time.