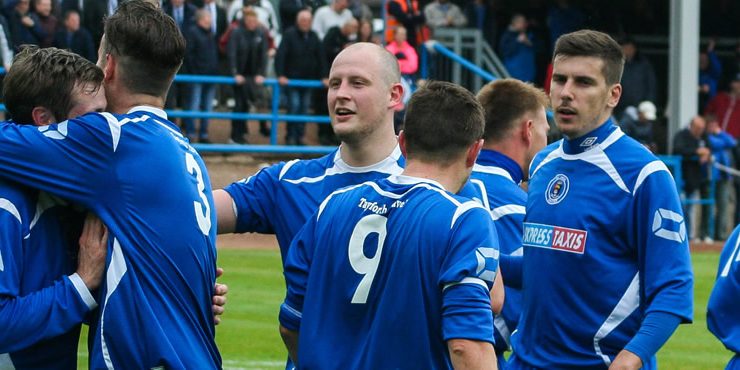 UNITED kicked off the defence of the East of Scotland Cup and took an early lead through Colin Strickland but by some bizarre reason found themselves trailing at the break by 2-1.
It took until nine minutes from the end for Fraser Keast who had not long been on the field knocked in from Marty Wright close by. But only if the BU had capitalised on as many chances this could have been over well before the ninety minutes were up.
Going into penalties and the squeaky time before Wright, Chris Donnelly  started with completed strikes then Ritchie made a terrific save to swing the game in the BU favour. It turned out to be the winner as Keast, Robert Sloan & Ross Philp completed the clean sweep.
Match Report