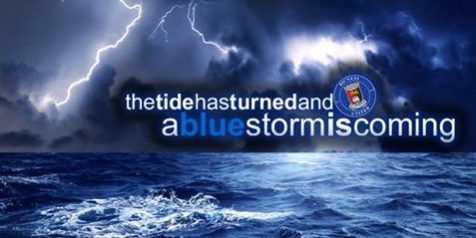 BU’s finished mid table in what turned out to be the last year in the junior division.  Made the quarter final of the Junior Cup before losing a replay at Hurlford after leading 1-0 heading in to added time.

The mention of East of Scotland had many thinking it wasn’t for the BU.  But suddenly one evening heading to Newtowngrange for a league match and arriving to find the club members in lock down holding an Emergency General Meeting to discuss the future for the Star and they voted to leave the juniors.  Suddenly after hearing the news the BU Committee hastily arranged a meeting to get the view from some of the support and managed to get an application for membership to the EOSFA without holding an Emergency General Meeting but the support accepted the decision to leave.

Most of the top junior clubs left for the seniors and junior bosses must have been scratching the head trying to find out what exactly happened that made so many apply to the East of Scotland leaving the east juniors in turmoil.

Anyway we are in the East of Scotland now and will aim to follow Kelty in the next couple of seasons to the top EOS League.  With so many new teams joining the structure of leagues had to change and made in to three Conference leagues with the top five from each league moving to set up the new Premier League next season.  The BU are currently sitting in the top half with a few games in hand and hopefully make the cut for next season.

The Football Nation Qualifying Leagues were designed with four teams in each group and the BU qualified for the first round and a 1-0 after extra time win over Crossgates, Second round followed and another 1-0 win at Dundonald. Third round and losing by the same 1-0 scoreline this time a defeat at Tranent.

Alex Jack Cup was next up and to land this gives a backdoor qualifying against the South Region winners for a place in the Senior Scottish Cup next season which would be like the junior cup winners who have a crack at the big cup.  First up was a home draw against Tweedmouth Rangers and a 10-2 win.  Second round and another trip over the bridge again to Crossgates and a 2-1 win.  Third round was a tricky trip to Tranent and winning 3-2. Semi Final in our first year was something that brought huge smiles to the fans as a win at Haddington 2-1 set up a final against Camelon but what was to follow was nothing but amateurish as the signing of a late player who made his BU debut was ineligible to play and the BU were sensationally booted from the cup and Haddington were also booted from the cup having the same registration faults. This brought anger with the fans and young Chairman Iain Muirhead was almost ready to resign over the failure to notice the ineligibility of the player who was only signed the day before.  With heavy pressure on the secretary for not noticing the suspension hanging over the new signing decided to resign from his position in the Club but still remained on the board.  Eventually, Camelon won the cup without playing and went on to beat Bonnyton Thistle from the South Region and will now look forward to being in the prelim draw next season.

The SFA South Region Challenge Cup second round was a defeat at East Kilbride 2-0.  Not to be the same junior side who beat the BU in the Scottish Junior Cup Final.

2019 The BU will first foot Dunipace in the Conference “B” League on the first of a run until the next cup venture in a home tie against Tynecastle in the King Cup 2nd round in March.

Anyway the 2018 has come to an end and Stevie Kerrigan and his staff will start after almost a month off and a few injuries cleared up to help the final push in the league.

Wishing our players, management and support a Guid New Year from all of us at the website.