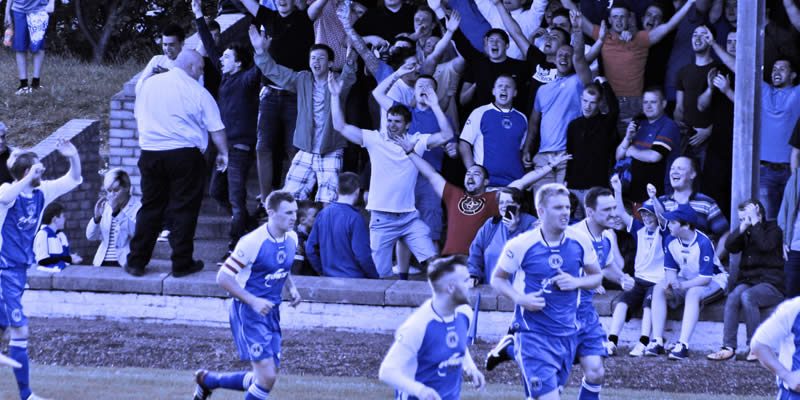 BU won the toss and started in usual way shooting towards Kinneil School and it was a positive high tempo start. The first goal came when Keast got on the end of a good cross.
This was followed by a bit of a surge from the visiting star side but anything they put in the box was dealt with superbly by Ross Campbell. Following this Sloan came close with a free kick which was saved well by the keeper.
On half time a clear hand ball gave Bo’ness a penalty which Will Snowdon made no mistake in sending into the net. Half time score BU 2 – 0 Newtongrange
Into the second half and it was more of the same with BU pressing forward. A substitution was made when Fraser Eddington came off for Coco Strickland and with his first touch he had the ball in the net for 3-0.
Soon it was four when a foul inside the area gave Bo’ness a penalty Coco just on the park and having scored tried to claim the ball but Snowdon was having none of it and stepped up to fire in number four.
At four down the Star players got what you could call slightly heavy with tackles flying in which caused a bit of disagreement in the middle of the park.
Soon after with Snowdon up the park Ross Campbell went over to cover and having such a good game thought he could make the tackle but mis timed and got a secong yellow resulting in red. The penalty was dispatched and it was 4-1.
A second sub followed Roddy MacLennan who was warming up put his tracksuit back on and the sub was changed to see Sam Collumbine replace Robert Sloan. The action however wasn’t over and star still stuck in a bit too much when Hunter looked to have been stamped on. The Star player was carded but only a yellow and luckily even though he reacted with hands raised Hunter only got a taking too.
Soon after the ref blew for time to bring to an end another good performance and result for the BU going into the Xmas break.
Next up for the BU is a home league match against leaders Kelty on January 7th after a two week break so from me a Very Merry Xmas and a Happy New Year to all and reports will follow on games in the new year.

BJC
A fans view from the enclosure

Highlights of the goals courtesy of Newtongrange TV