BU’s Go For A Half Time Nap 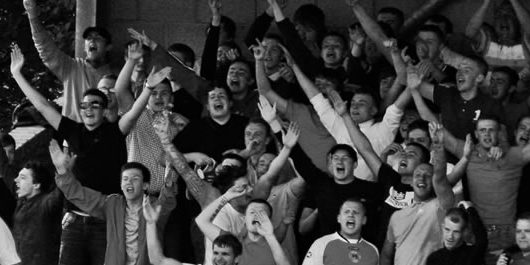 A week of uncertainty is answered with a convincing win as the BU stroll out 6-0 Winners.

I guess fans walking up the track past the fields of horses didn’t know what to expect from the visitors today but What we got was brilliant, specially given the uncertainty dealt with this week regarding the manager resigning if there was a defeat (according to local paper).
Anyways into the game and the BU had a surprise in store when they fielded a new signing, Murray Carstairs on loan from Kelty Hearts.  The first ten minutes there was very little to report other than a chance that went begging for the visitors. However after that we were served up a treat. The first goal came for Chris Donnelly affectionately know as Captain Dougie as he tucked the ball away well.
Then an absolute stunner from Alan Comrie as he caught the ball all of 35 yards out and hit it sweet as you like to make it 2-0. With the away side well in the ascendancy it was soon three with Donnelly yet again the hero.
The home side had very little to offer in reply and the visitors took full advantage as Fraser Keast made it 4-0. On the stroke of half time Jack Wilson produced a clinical finish to make it 5-0 to the visitors.
Half time Kennoway Star Hearts 0 Bo’ness United 5

Into the second half and it was more of the same from the visitors and captain Dougie almost had his hat trick as he got on the end of a good cross. The 1st sub for the visitors came with Keast being replaced by Jordan Cropley. And a glimmer of hope for the home side came when Andy Murphy in the BU goal was called on and made two good saves back to back.
Soon though the visitors were cheering again as a corner was swung in from the far side and met on the volley from Calum Scott to make it 6-0. A half chance for seven soon followed but was missed by Wilson in the box and shortly after another chance was saved by the home keeper.
A double sub for the BU saw Comrie & Scott replaced by Conor McGregor & Will Snowdon. A chance for the home side came with a free kick on the edge of the box but no danger prevailed as it hit off the BU wall.No more action was to come and the match ended
Full Time Kennoway Star Hearts 0 Bo’ness United 6