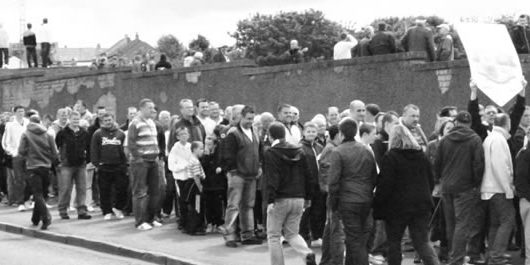 This Saturday sees the return of junior football and first footing Newtown are the Fifers from Kelty who have a massive 17 point advantage over Bonnyrigg but have played more games.
United sit 19 points adrift and look like it could be a battle for second in the Super League. But manager Allan McGonigal will not look at it that way.
Two lucrative cup ties to come against Bonnyrigg at Newtown and away to Linlithgow. It could have been twice at Linlithgow but for an SJFA error in not replaying the abandoned match at Newtown against Blantyre were basically told to eat humble pie and a Happy New Year.
Lets get behind the BU and rally for the second half of the season.