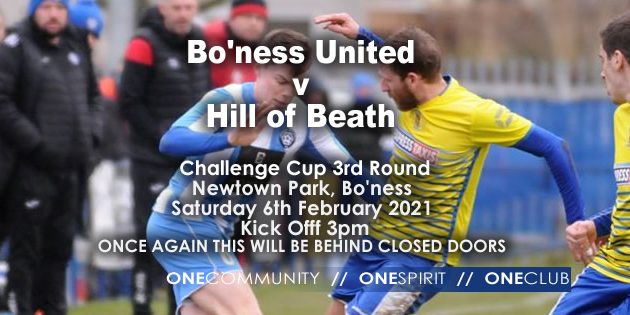 In the 2nd round of the Challenge Cup, we played Burntisland Shipyard and won 4-1, with goals Brian Ritchie hitting a hattrick and one from Kyle Bell who has returned to his parent club East Fife and now playing at Dundonald Bluebell.
Hill of Beath travelled to Glasgow University and won 1-0 in a tight match.

The Haws play in the East of Scotland League and currently sit 12th winning 5 and losing 5 and with 10 games played they have a few matches in hand and even one win would take them well into the top 10.  This is how close this league is with Tranent sitting on top with 28 pts from 12 matches played, Second is Jeanfield Swifts with 23 pts from 9 games played. and both remain unbeaten.

William Hill Scottish Cup 2nd preliminary round a 2-1 win over Whitehill Welfare.  In the First round proper an away day to Keith where they lost 4-2 after extra time.

A semi-final against Dunipace in the 2019/20 Challenge Cup was due on Saturday 9th January but was postponed. The crazy set up with cups from last year are still being played.